Travel—the 50 countries I have visited: 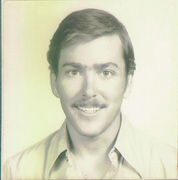 Rule #1: How do we tell whether something is a country or not? The diplomatic world seems pretty clear on this point. A country is a place that you might be required to have a visa to enter from anywhere else. Great Britain is a country, but Scotland is not, because no citizen of any country would be required to have a visa when crossing from England into Scotland. I’ve lost some countries this way: I had traveled to East Germany before the wall came down, but can no longer count it as a separate country from Germany.

We could define visiting a country a lot of ways: Spending a night there (outside the airport, of course), spending a day there, dating a local, eating a meal. I settled on defining it as getting out of the airport and spending the day there. The country also has to be currently defined as a country: For example, I lost East Germany when it joined with West Germany to become just Germany. I spent a day traveling the length of what was then Yugoslavia on the train, but I didn’t get off, so I can’t count Yugoslavia, and I can’t count the current countries of Macedonia, Kosovo, and Serbia. So it goes.